DIY E-Liquid is simply e-liquid that you make yourself at home. You can save money by making your own e-liquids and also experiment with various strengths and flavors without spending too much buying ready made solutions that might not be exactly as you want them to be.

First of all, making your own DIY best vape juice is not as scary or difficult as you might first think. After making a few batches, you will find it very quick and easy and probably wonder why you did not do it sooner.

There are of course safety considerations because in its undiluted state nicotine is a very toxic substance. However, the nicotine you will be handling is very diluted, it is not neat nicotine, and so the dangers are limited. If you are using Totally Wicked 54mg as your base nicotine solution, that contains just 54mg of nicotine per milliliter of Elixir. That is just 5.4% nicotine per ml or 0.054ml per 1ml so that you can see; it has been diluted already by a good amount of propylene glycol (which is nontoxic). 60mg of absorbed nicotine has the potential to kill an adult (This figure is 120 mg in cigarette smokers). 10mg of absorbed nicotine can be a lethal dose for children. It should be remembered that nicotine passes readily through the skin, so spilling a high concentration of nicotine on the skin can cause problems. For this reason, we advise wearing nitrile gloves when preparing DIY E-Liquid. The symptoms of nicotine poisoning are:

If you or anyone who has been exposed to a high dose of nicotine, displays such symptoms, they should seek medical advice immediately. The prognosis is usually good when medical care is provided. It has been stated that if a patient survives nicotine poisoning during the first 4 hours, they usually recover completely.

To put the dangers into perspective, for those making their own DIY E-Liquids, if you get Elixir on your skin, do not panic, it is not ideal, but unless you have bathed your hand in a bowl of it for some time, it is unlikely to cause a problem as the diluent makes the nicotine in the solution much less absorbable.

To give an idea of quantity, there are around 20drops in 1 ml. 1ml of Elixir contains 54mg of nicotine, so you would need to fully absorb 20drops of Elixir to be in serious danger. That would be possible if Elixir were put in the mouth, so obviously do not drink it, nor vape it without diluting. Always keep the bottle locked up and with the childproof cap on. Take the same precautions as you would with household chemicals such as bleach and other toxins that you would not want children or pets having access to.

When a nicotine solution gets onto the skin, it is slowly absorbed, but not all the nicotine from the solution would be absorbed because the diluent makes the nicotine less easily absorbed. It is also quite slow to be absorbed, so you have time to wash any area of skin that comes into contact with a nicotine solution. With that in mind, you would need to have plenty of 54mg strength E Mixing Liquid on your skin, for quite a time, to feel any effects. As effects can be cumulative, we advise that any E-Liquid that gets on your skin be washed off immediately. It is better to be safe than sorry. Also to reiterate, all E-Liquids should be kept out of reach of children or anyone else who may accidentally ingest it or otherwise misuse it. All utensils used to mix Vape Juice should be washed out thoroughly after use.

So simply stated, be sensible, take precautions such as wearing gloves when mixing, but do not be over-anxious, as the dangers are relative and the solutions of nicotine you will be using are a relatively low concentration that if applied to the skin, would take some time and some quantity to cause any harm. 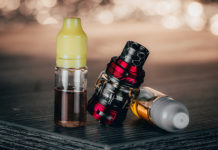 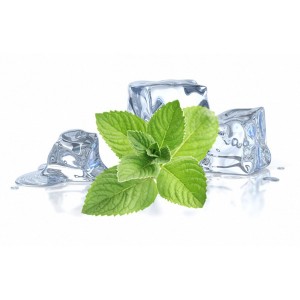 How To Draw On Your Personal Vaporiser